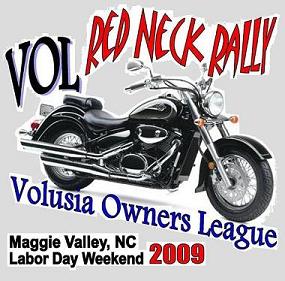 Motorcyclists– like members of other special interest groups– tend to seek out one another.  The Internet has tremendously facilitated the success of that flocking instinct; a few keystrokes on Google can put one in touch with dozens of websites and chat boards teeming with bike-minded individuals.  That’s exactly how I came into contact with a couple of groups of seasoned riders from whom I thought I might learn and with whom I hoped I might grow as a motorcycle traveler.  In fact, after experiencing brutal discomfort and wind noise on my first long highway trip, it was my new friends on one of the websites who helped me buy the appropriate gear and make the adjustments to my bike that rendered nearly complete relief.

Some visits among the inhabitants of these discussion groups are far more satisfying than others.  Separating the wheat from the chaff can become a taxing chore.  But then these aren’t one-on-one chats, focused along narrow topic lines, as they would be if carried out between my neighbor and me.  When twenty or thirty people decide to chime in on a topic– whether they can advance the dialogue or not– the detours and distractions can be numerous.  And tedious, too.  But sure as the devil, the off-topic or pointlessly smutty contributors to one discussion will turn out to be the profound sages or the witty charmers when talk turns to a subject that inspires them.

It doesn’t take long to come under the spell of this online camaraderie and over-the-top foolishness.  In fact, it’s likely to be a surprise the first time you find yourself typing out some inane response to another member’s comment and sprinkling it full of  BTWs and IMHOs and LMAOs.  (For the uninitiated, these are timesaving acronyms for common expressions:  “by the way”… “in my humble opinion”… and “laughing my…”– uh!– I mean– “Boy! Does that crack me up.”)

But beyond the jawboning and the glad-handing, most of these folks are seriously into the joys of motorcycling.  They often ride together, even if that means traveling long distances to meet up at some esoteric location to renew friendships and take to the road together on impromptu daytrips.  That’s what prompted the gathering of BMW owners for the Thumper Thaw Rally that I described in Smoky Mountain High.  I was a guest of a member then.  I got my own first experience with such a gathering over the Labor Day weekend of 2009.  And it was not wholly coincidental that this next roadtrip aboard The Black Beauty was back to The Smoky Mountains.

For weeks before the auspicious event, the website had been boiling with anticipation of what has become an annual gathering at Maggie Valley in North Carolina.  It was unavoidable that my wife work that holiday weekend, and because she is a saint among women she generously suggested that I “go and play with my friends.”   And I soon found myself caught up in the mania of the online preparations for what, over the years, has come to be called The Red Neck Rally.

We looked for Jude Law's grave... but no luck.

When the awaited day finally arrived, a friend– whom I had never met– linked up with me on the road from Atlanta to Maggie Valley.  Rob and I had been in touch on the website and by email for some months after discovering a mutual fascination with the art form of the martini (I told you the discussions are far-ranging and convoluted).  Rob lives in Maryland but decided to visit with family members in Georgia before heading for the Appalachian hills.

So, to my great good fortune, we made the ride together.  And at the rally we partied together and shared the fraternal rituals of the pack and drank an ocean of martinis and took a long and wondrous day ride over many miles of the magnificent Blue Ridge Parkway.  In a few short days, Rob and a squadron of other new acquaintances morphed into old and trusted friends.

More than friends, they became companions and a support group.  And I was sad to leave them when the weekend was over.  They were a branch of my newly discovered family of weekend vagabonds, just a few among the legions of brothers and sisters I looked forward to encountering again and again at other events along other distant but hospitable roadways.